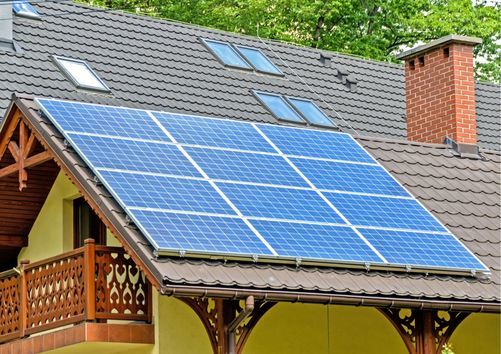 Fossil fuels are a significant source of energy, but they are finite. Various studies show that oil reserves are becoming harder to locate despite the rising energy needs over the last two centuries. Apart from being limited, fossil fuels also wreak havoc on our environment, which has driven the need for alternative renewable energy sources such as solar energy.

Solar energy uptake has been on the rise, and many technologies are behind this trend. There have been major milestones in various aspects of this industry, such as solar energy storage, solar energy efficiency, wearable solar technology, and better solar energy designs in the last couple of years.

Solar panels have been viewed as an ugly addition to homes, which led to low uptake. However, Sistine Solar is making solar panels fashionable by adding customized ‘solar skins’ that can match any roof colour without compromising the panels’ efficiency.

Wearable solar technology is not a new concept since solar-powered watches, and other gadgets are quite common. However, you can now have small solar panels on fabric such as on window curtains and heated car seats.

Battery storage technology has improved over the last ten years. One of the best products is a rechargeable lithium-ion battery that enables people to have off-grid solar energy.

Solar energy is going mainstream, and many people are embracing solar panels. As a result of this demand, ground-mounted solar is becoming quite popular due to its tracking mount technology. Trackers maximize energy production since they can follow the sun across the sky using PV tracking systems that can shift and tilt to get the sun’s best angles.